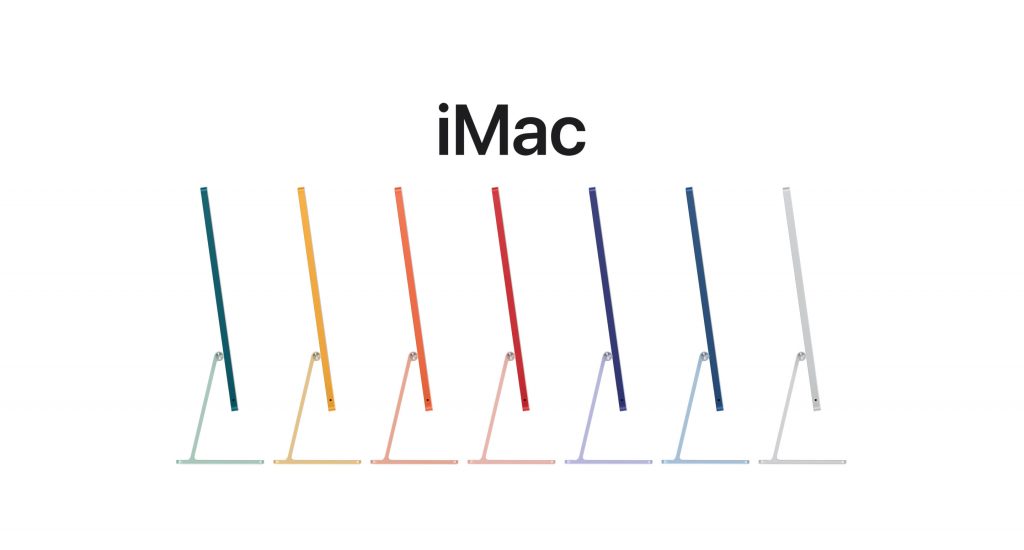 Let’s review the history of the iMac first. Apple’s co-founder and CEO introduced the first iMac, now late, Steve Jobs, on 06/05/1998. Since then, it has been growing to become a household name globally. The first iMac went on sale on 15/08/1998 and was the best seller for that Christmas.

Fast forward 23 years to 2021 and we meet the new Apple iMac 24″. The lates version of the iMac not only has the M1 process with a 24″ 4.5K retinal display. It can also take up to 16GB of unified memory, boasts a 1080p FaceTime HD camera with M1 ISP, up to 2TB of storage and the Magic Keyboard comes with Touch ID.

What specs do i get with the Apple iMac 24"?

Let’s go with colours first. The 24″ Apple iMac is beautifully stunning, offering 7 colour choices; blue, green, pink, silver, yellow, orange, and purple. Each option, except for silver, has 2 tones; one for the front and one for the back of the device. That’s 6 2-tone variations and a 1-tone silver variation.

With the storage configuration, you have 2 options, 256GB or 512GB SSD; thank god there are no more fusion hybrid drives; they were painfully slow.

Let’s look at the Audio specs of the new iMac 24″. It has a high-fidelity six-speaker audio system with force-cancelling woofers and wide stereo sound. It also has built-in support for spatial audio when playing video with Dolby Atmos. Let’s not forget about the studio-quality three-mic array, channelling high signal-to-noise ratio and boasting directional beamforming for clear voice. 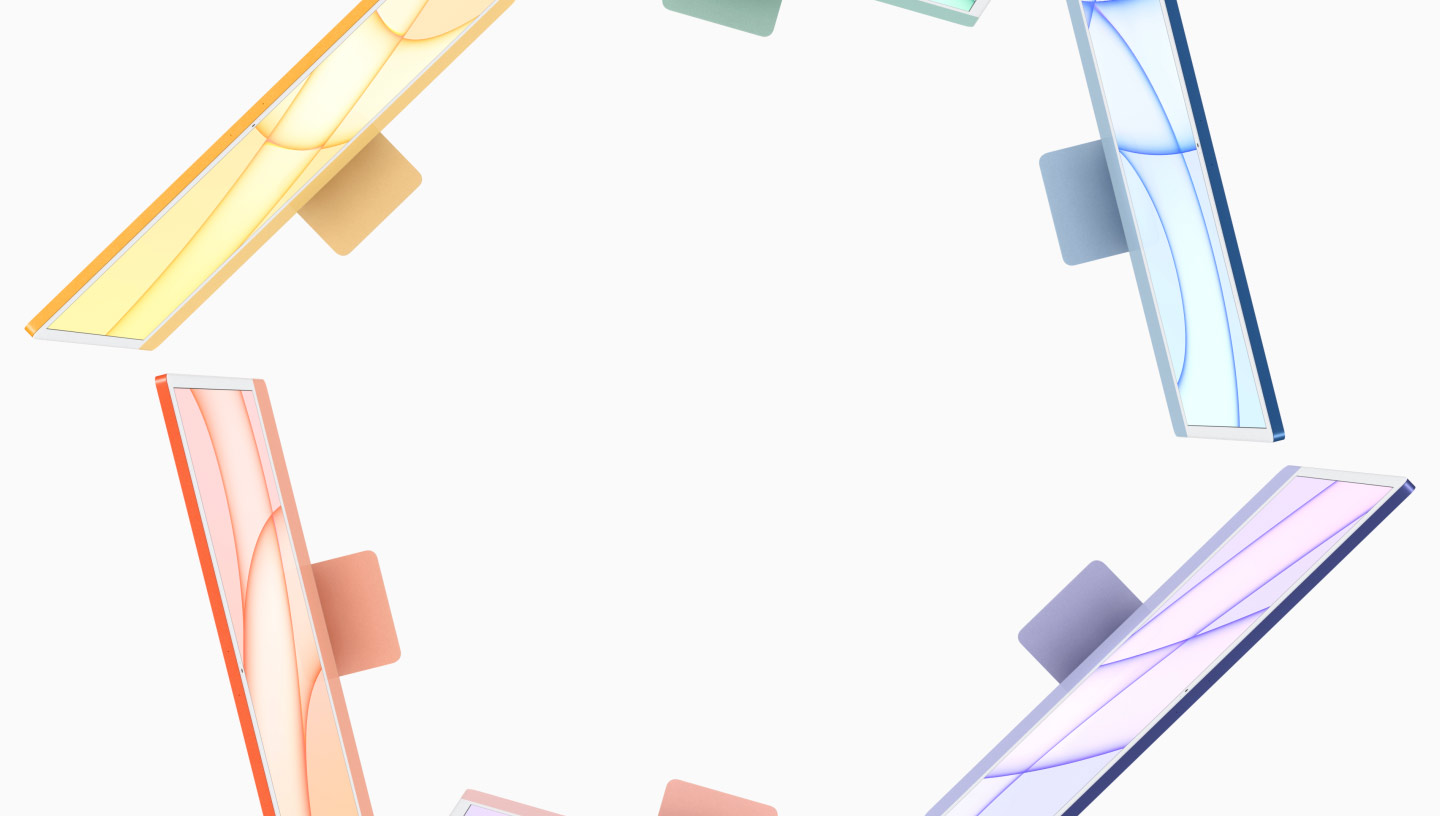 What features does the new 24" Apple iMac have?

The most eye-catching feature of the new iMac 24″ is without a doubt the colour. But there is a lot more to see and do with this new iMac.

The other uncommon feature is the personised accessories. The new iMac keyboard comes with a choice of 3 different design; the standard with Touch ID & one with a number pad plus Touch ID. You are also given a choice between a stand-alone touchpad and a magic mouse. Each device comes with the same colour options as the iMac itself.

No more trying to push your power connection cable into the socket – go magnetic power! The new iMac power cables are engineered with a magnetic connection so that it just attaches effortlessly.

For more detailed information you will want to visit an Apple store or give our Mac service technicians a call.

Intuitive Strategy are Melbourne’s local computer experts that come to you. Same-day onsite Mac repair service and professional IT support at home & at the office.

Book your same-day computer repair or IT support service today and we will call you right back to assist.